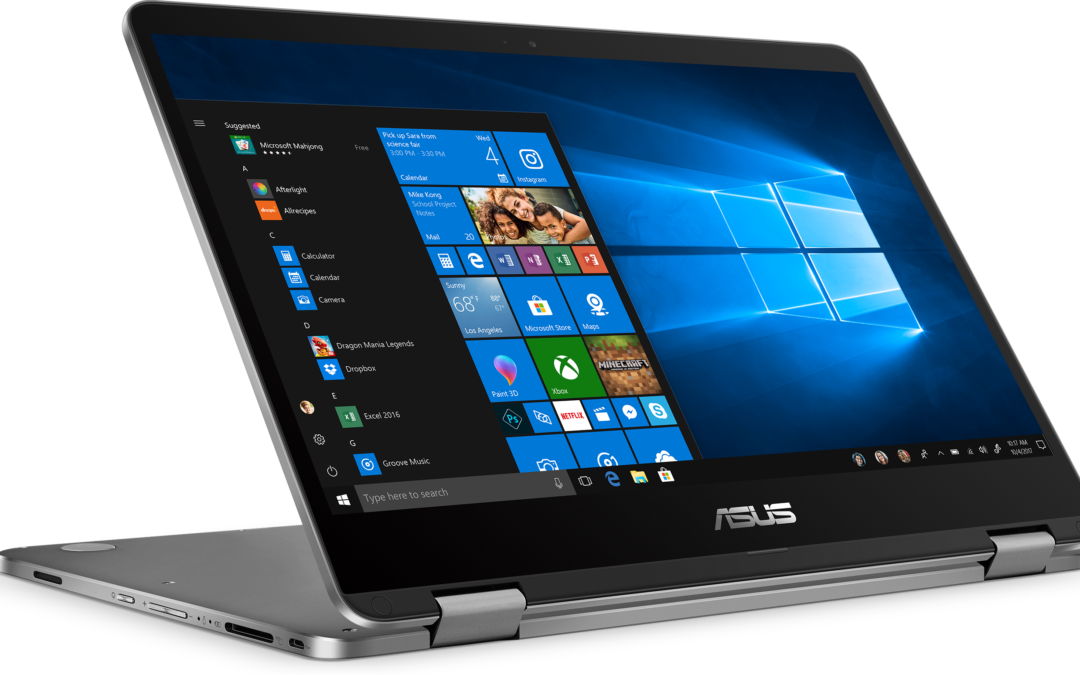 Beware, I’m using a custom install of Ubuntu 16.04.03, isn’t from scratch because it contains several own developed packages and customization, anyway the default kernel and packages of this distro were respected.

I’d installed my custom Ubuntu 16.04.03 LTS on this Asus VivoBook Flip 14 (TP401M), the video and audio drivers were not working properly. Then I received the same notebook with Ubuntu 16.04.6 (which has a new kernel and had many other packages installed) and that one worked without problem.

I took a look around for an updating process between 16.04.03 and 16.04.06: Upgrading Ubuntu and here next version  anyway that didn’t provide specific information for the task, so I decided to compare the packages between both distros by exporting them using dpkg -l into a text file (filtering the columns with awk) and exporting only the different packages:

With that list I created a new file «newpackages.list» and made a while loop to install everything new:

I had to stop it when installing grub packages because those require interaction, then keep installing until the end, the difference were about 600 packages.

After rebooting the sysmtem started but the brightness of the screen was almost absent making it really hard to see anything so I changed it manually:

You also could modify brightness using xbacklight. The brightness function buttons were not working, that is fixed in the Xorg file with the option «Backlight».

Create the directory if doesn’t exists and the file in /etc/X11/xorg.conf.d/10-monitor.conf

The battery was displaying 0% with black background (it should be green/yellow), also when you passed the mouse over it a legend showed «0% all the time».

Since I’m using Lubuntu (so it has LXDE) I tried several options of reinstalling and reconfiguring LXDE without success, anyway, I discovered that two batteries were being detected, one of them caused that behavior:

So I listed the devices, found out which one of them was the faulty and disabled it:

And then it worked but caused a new issue, the touchscreen stopped working. Somehow the touchscreen is recognized also as a battery, from here you have several options to fix this:

My partitions were recognized as /dev/mmcblk0{1,2,3}, etc… And that my Asus T102H and T103H using those partition names in /etc/fstab worked without problem.

But with the Asus VivoBook after certain number of restarts it changed to /dev/mmcblk1{1,2,3} so the system couldn’t start until I fixed /etc/fstab over and over again after each change (quite weird).

This error was also present:

Which was occurring because of the incorrect names of partitions.

So I decided to go for UUIDs, after updating the partitions for their respective UUID in /etc/fstab and fixed a couple of things with an encrypted swap I added the changes to both, grub and initramfs:

After that the system always started correctly.

After reading the missing firmware when updated initramfs and grub:

I found this bug which had a link at the very end explaining how to add the lacky blobs:

It worked perfectly without changing anything but after updating the missing firmware it stopped working. After reading some threads I used pavucontrol and discovered somehow it was muted but working. I just deselected the mute option in pavucontrol and gained sound again. This are the links which I looked at for an answer:

I hope someone find this useful 🙂