Debugging problems in the boot process 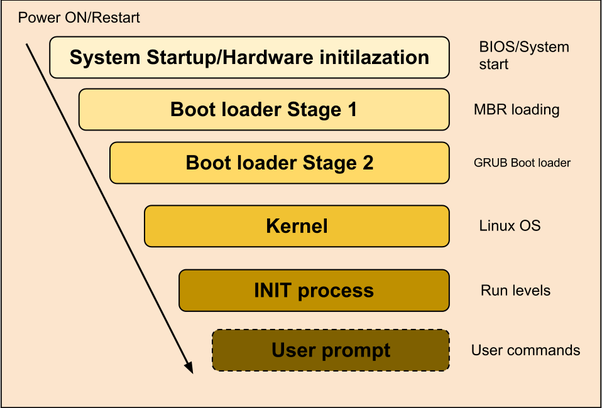 Today our custom Linux wasn’t being loaded from PXE as usual, instead, we were stuck at «initramfs».

There I was able to take a look on dmesg where I couldn’t find anything useful. Later I’ve checked the ethernet configuration (some network cards may interfere with the boot loading process) so I took a look on /run/<ETH>.conf. In my case it was «net-enp1s0.conf»:

Also after executing ip addr I saw the same information, I did a ping from another machine and it worked, so the network card wasn’t my problem.

/dev/sdb2 was a pendrive I’ve prevously connected and mounted in /tmp/test to export the files and read them in other computer with vim, forget about vi, less or tail which are not included in the initramfs binaries. The pendrive must be connected before starting the computer.

Running out of ideas I’ve tried executing sh init just to see that it didn’t provide any output and just hanged there, but that was a clue.

Writing exit after being dropped in (initramfs) triggered a kernel panic:

Usually when mount problems are present, executing «exit» will show us the errors to resolve in order to continue. In this case the kernel panic wasn’t something good.

So I’ve started disabling the new features of the HP-T630 in the BIOS such as: fast boot, ACPI modes, and those ones that could have any conflict with the kernel). No luck.

Next step was passing parameters to the kernel:

because I didn’t enable the kernel parameter vga=791 I was able to boot Linux correctly.